Unfollow Trump
#TheGreatUnfollow in support of Choose Love - helping to support refugees and displaced people across the world. 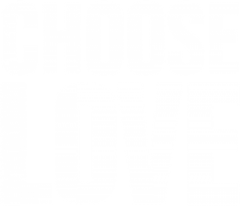 Whatever the next few days may bring, we can take action now.
For the last decade Trump has used Twitter to spread hatred, intolerance, lies and loathing for the free press. Unless we do something about it he’s not going to stop - just look at what’s happening right now. It’s time to turn his most powerful weapon against him, stripping him of its influence. And, at the same time, hitting him where it hurts: square in the ego.
You are two clicks away from silencing Donald Trump.
Click on Trump’s inflated ego to silence him
and join #TheGreatUnfollow.
Scroll down to join #TheGreatUnfollow
and make him Twitter’s biggest loser.

Click on Trump’s inflated ego below to silence him.

@Jack,
This isn’t a joke anymore. People have been killed. It has to stop.
For years, Twitter has been Trump’s biggest weapon. He’s used it to spread hatred, intolerance and lies, to land himself a seat in the Oval Office, and on Wednesday, January 6th, he used it to drive a bunch of rioting thugs into the Capitol building. And people have died.
‍
And what has Twitter done? Banned him for 12 hours, as if he somehow won’t be dangerous the morning after; when everyone knows he will be. The violence in the Capitol wasn’t a surprise. We all know his words carry weight, and cause harm. That’s why we created #TheGreatUnfollow. But it’s now become clear that unfollowing isn’t enough. As long as he has his platform, he still has his power, and no good can come of that.
‍
Removal is the only way we can ensure Trump disappears for good: no-platforming works. We are entering a new chapter in America’s history - in the world’s history - but unless you strip him of his influence, he’s still going to be heard.